NOW’S THE MOMENT: In Less Than 3 Weeks States Can Destroy 2020 Election Evidence 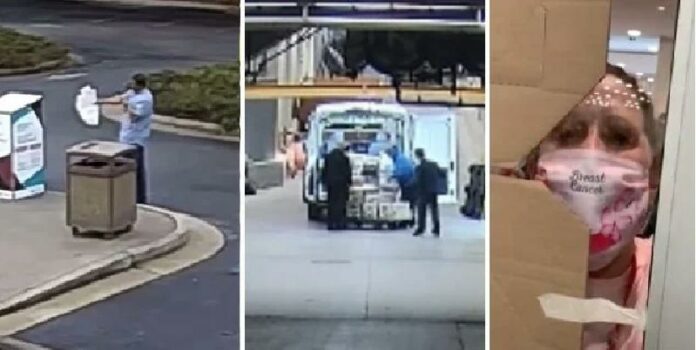 The 2020 Election was one of the worst events in US history. It will be remembered as the day the US constitution was broken and fraudsters stole our election. In less than three weeks all evidence from that election will be destroyed.

The 2020 Election was arguably the most damaging event in US history and certainly the most horrific in modern times. The US Constitution was discarded as villainous and power-hungry people planned for and eventually stole the election. Then they worked hard to cover it up.

It took the Democrats and their senile candidate with a lot of help to steal the election. It never could have been done, however, without the assistance of the corrupt media, corrupt Big Tech, corrupt Trump-haters in the GOP, the corrupt DOJ and the corrupt FBI. Also, numerous individuals and state governments were involved.

President Trump tried to stop the steal but he and his team never had a chance. No honest American knew how corrupted and criminal numerous institutions across the country had become.

When some people tried to get to the bottom of the crimes, they were blocked. In some situations, like with machine data, all the information on the machines was erased. Yet with all the crimes related to the 2020 Election, no criminals were charged. Instead, good Americans who protested the election were charged with false crimes. America has been turned upside-down.

Slowly and now quickly, the time has come when the election will be for the history books. In less than three weeks all information related to the 2020 Election can be destroyed forevermore.

Every officer of election shall retain and preserve, for a period of twenty-two months from the date of any general, special, or primary election of which candidates for the office of President, Vice President, presidential elector, Member of the Senate, Member of the House of Representatives, or Resident Commissioner from the Commonwealth of Puerto Rico are voted for, all records and papers which come into his possession relating to any application, registration, payment of poll tax, or other act requisite to voting in such election, except that, when required by law, such records and papers may be delivered to another officer of election and except that, if a State or the Commonwealth of Puerto Rico designates a custodian to retain and preserve these records and papers at a specified place, then such records and papers may be deposited with such custodian, and the duty to retain and preserve any record or paper so deposited shall devolve upon such custodian. Any officer of election or custodian who willfully fails to comply with this section shall be fined not more than $1,000 or imprisoned not more than one year, or both.