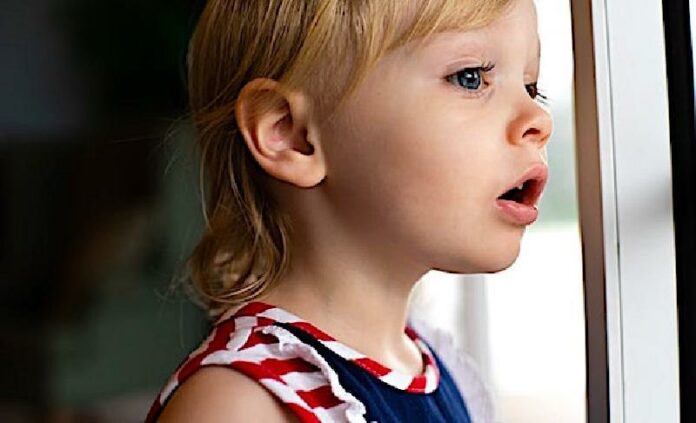 The Joe Biden administration in Washington is so committed to the transgender ideology, including the surgical procedures that mutilate the body parts of children and leave them permanently sterile, that his spokeswoman has threatened those who oppose it.

He’s advocated for “cutting off kids’ genitals” as “health care” and claims taxpayers should pay the bills.

It’s a report in The Federalist that explains Becerra revealed his agenda in an exchange with Republican Sen. Mike Braun of Indiana this week.

“In an exchange with Republican Sen. Mike Braun of Indiana on Wednesday, Becerra not only defended the White House’s support for experimentation on kids’ sex characteristics but also brushed off concerns that the so-called ‘gender-affirming care’ promoted by the government causes irreversible damage,” the report documented.

“I believe that we should help those have the life-affirming care that they need,” Becerra claimed. “There are many transgender youth who have actually gone in the opposite direction, taking their life. If we can make a life better for someone in America, we should, especially if, in consultation with their physician, they approve of those procedures.”

What Becerra failed to include was the fact that a large majority, in the 80% range, of youth who experience gender dysphoria literally grow out of it, resolving their identities as the sex they were born, if they are left alone.

What Becerra was right about was that transgenders have a suicide attempt rate about 10-20 times higher than others.

The report explained that his agency’s Office of Population Affairs recently “dangerously oversimplified the permanent and damaging effects that radical gender ideology, chemical castration, puberty blockers, and genital mutilation surgeries have on children and adults.”

Biden’s administration has been on the extremist end of the agenda, with Rachel Levine, a man who portrays himself as a woman while holding the job as assistant secretary for health, claiming, “There is no argument among medical professionals – pediatricians, pediatric endocrinologists, adolescent medicine physicians, adolescent psychiatrists, psychologist, etc. – about the value and the importance of gender-affirming care.”

Actually, that is a Biden political talking point and remains challenged by vast swaths of the medical community. That, however, didn’t stop the Biden Justice Department from repeating it multiple times, as if it was a fact, in a criminal case regarding a new state law protecting children from such medical behavior.

Braun explained “puberty blockers and ‘grotesque’ surgeries recommended by the Biden administration, specifically HHS, are not approved by the Food and Drug Administration and thus are often prescribed ‘off label,’ but the secretary didn’t care,” the report explained.

“The FDA would raise alarms if they saw that particular medicine or treatment were being misused. And at this stage, what we know is that for a drug to be out there available, it has to be safe and effective as FDA has found,” Becerra claimed. “So what I would simply say with regard to this particular subject is when individuals go in for care, it’s their physician who’s making that decision with them about what type of medicine or treatment they should receive.”

The Federalist report explained, “Data from around the world suggests that these radical procedures disguised as ‘treatments’ by the Biden administration have caused ‘sexual dysfunction, infertility, cardiac event[,] endometrial cancer,’ and even transition regret among people who receive them. Yet the HHS leader stood by the White House’s lies and claimed that chemical castration and other such experiments are acceptable as long as a doctor signs off on them.”

Becerra even promoted irreversible sex-change surgeries on children, assuming that the kids choose that, with the informed consent of their family and physician.

It was Trending Politics that reported White House spokeswoman Jen Psaki staked out a “take-no-prisoners” attitude regarding the Biden administration demands that everyone adhere to its social-sexual agenda.

“Across the country, as we’ve talked about a bit in here, Republican elected officials are engaging in disturbing, cynical trend of attacking vulnerable transgender kids for purely partisan political reasons,” she claimed while promoting Biden’s own partisan agenda. “Today, in Alabama, instead of focusing on critical kitchen table issues like the economy, COVID or addressing the country’s mental health crisis, Republican lawmakers are currently debating legislation that, among many things, would target trans youths with tactics that threatens to put pediatricians in prison if they provide medically necessary life-saving health care for the kids they serve.

“Just like the extreme government overreach we’ve seen in Texas, where politicians have sent state officials into the homes of loving parents to investigate them for abuse just to harass and intimidate the LGBTQI+ community, today’s vote in Alabama will only serve to harm kids. But Alabama’s lawmakers and other legislators who are contemplating these discriminatory bills have been put on notice by the Department of Justice and the Department of Health and Human Services that laws and policies preventing care that health care professionals recommend for transgender minors may violate the Constitution and the federal law.”

She threatened, “To be clear, every major medical association agrees that gender-affirming health care for transgender kids is the best practice and potentially lifesaving. All of this begs an important question: What are these policies actually trying to solve for? LGBTQI+ people can’t be erased or forced back into any closets and kids across our nation should be allowed to be who they are without the threat that their parents or their doctor could be imprisoned simply for helping them and loving them.”

The National Institutes of Health reports those who commit suicide among transgender populations ranges from 32% to 50%.

That organization explains, “The suicidal behavior and suicide attempt rates are reported to be significantly high among transgender persons compared to general population across the countries. … Forty-one percent of the transgender persons in the United States attempt for suicide at least once in their life.”

Further, WND has reported Paul McHugh, the former psychiatrist in chief at Johns Hopkins, has confirmed that 70%-80% of those who claim gender dysphoria, if left alone, outgrow those feelings after a few years.

Biden’s plan also has been bluntly condemned by the likes of Christian leaders like Franklin Graham of Samaritan’s Purse and James Dobson of FamilyTalk Radio who both said his strategy is “vile.”

Will the IRS Lose Its $80 Billion Appropriation?