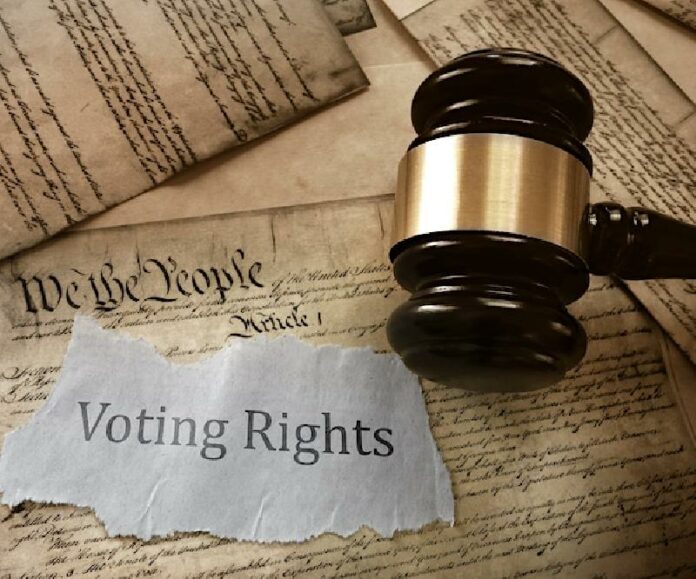 The American people are saying “no” to the Democrats’ proposed election reform because they want to keep state and local control of elections, Sen. Marsha Blackburn, R-Tenn., told Newsmax on Wednesday.
“I think we’re going to be able to end this push that they have for federalized elections,” Blackburn told “Stinchfield.” “They are so disappointed. They thought they were going to be able to push this through. They thought the president was going to be able to put the pressure on today.
“But the American people have said, ‘No, we like our local election commission. We like our friends and neighbors running elections. We like voter ID. We don’t think the federal government should be subsidizing campaigns. We like that you have to match your signature. We do not want to have mail-out balloting institutionalized, and we don’t want to have ballot harvesting.'”
Blackburn said the Democrats’ John R. Lewis Voting Rights Advancement Act of 2021, which was passed along party lines in the House 219-212 on Aug. 24, and is currently being debated in the Senate, is likely to die in the Senate, barring a breaking of the filibuster rule requiring 60 votes to pass a bill.
The legislation would demand federal “pre-clearance” before states and localities could change voting regulations, a power the Constitution left to the states, by getting pre-approval from the Department of Justice, according to the bill’s summary on the House website.
It also impacts changes to the methods used in elections and how the states handle redistricting, which is also constitutionally left to the states to decide.
“[Democrats] tried to disguise this, saying it was a ‘voter rights’ bill,” Blackburn said. “But you know what? Voter rights legislation is on the books, and it stands, and this is all about federalizing elections and taking the power and the constitutional duty away from the state legislatures, and putting that power with the federal government.
“And the American people are just saying, ‘No. We have figured you out. We’re not for this.'”
Democrats would need all 48 party members and the two independents that caucus with them to get the Senate to eliminate the filibuster and move the bill through with Vice President Kamala Harris casting the tiebreaking vote.
Moderate Sens. Joe Manchin, D-W.Va., and Kyrsten Sinema, R-Ariz., say however, they will not support ending the filibuster rule, effectively killing the bill.
“People do not want this legislation,” Blackburn said. “They want to make certain that their state determines who wins the elections in their state, that their local election commission determines who wins those local elections, and counts those ballots, not the federal government. They don’t want to send that power to Washington, D.C.”
via newsmax