Russian Lawmaker Says Poland Next In Line For ‘De-Nazification’ 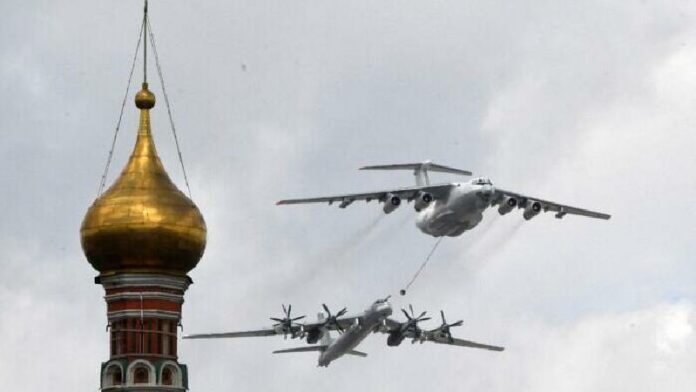 A Russian lawmaker has issued a fiery warning that Warsaw is next in line for “de-nazification” after Poland’s Prime Minister penned an op-ed calling Russia’s imperialist “Russkiy Mir” ideology a “cancer” consuming Russian society and a “deadly threat” to other countries.

Oleg Morozov, chairman of Russia’s State Duma Committee on Control, wrote in a message on Telegram that the Polish leader’s comments have essentially made Poland a target.

In his remarks, Morozov resorted to the Kremlin’s rhetoric in its military operation in Ukraine of so-called “de-Nazification,” a label Moscow has used to vilify its geopolitical adversaries and justify the war.

“With its statements about Russia as a ‘cancer’ and about the ‘indemnity’ that we must pay to Ukraine, Poland encourages us to put it in first place in the queue for de-Nazification after Ukraine,” Morozov wrote, according to a translation of his statement.

Morozov’s remarks were prompted by statements made by Polish Prime Minister Mateusz Morawiecki and Polish President Andrzej Duda, who have both been highly critical of Russia’s invasion of Ukraine.

Duda has said Russia should be forced to pay compensation to Ukraine for war damages while Morawiecki said Russian President Vladimir Putin is “more dangerous” than both Adolf Hitler and Joseph Stalin because he has nuclear weapons and a massive propaganda machine at his disposal.

Morawiecki wrote in a column in the British newspaper The Telegraph that “the cursed phantoms of the 20th century have risen again over Ukraine,” alleging that Russia’s invasion of its neighbor bears the hallmarks of fascism, “has already opened the gates to genocide,” and is driven by a “monstrous new ideology” that he called “Russkiy Mir.”

Morawiecki alleged that in the name of this ideology, Putin and his military entourage have ordered Russian forces into war, “convinced them of their superiority, and encouraged them to commit inhuman war crimes—the murder, rape, and torture of innocent civilians.”

“Putin’s ‘Russkiy Mir’ ideology is the equivalent of 20th-century communism and Nazism,” Morawiecki wrote, calling it a “cancer which is consuming not only the majority of Russian society, but also poses a deadly threat to the whole of Europe.”

It’s not enough to help Ukraine fend off Russia’s attack, Morawiecki argued, “we must root out this monstrous new ideology entirely.”

“Just as Germany was once subject to denazification, today the only chance for Russia and the civilised world is ‘deputinisation.’ If we do not engage in this task immediately, we will not only lose Ukraine, we will lose our soul and our freedom and sovereignty,” the Polish leader wrote.

Morawiecki argued that, unless it is opposed, Russia will not stop at Kyiv but will continue on a “long march towards the West.”

The Kremlin has denied it has any intentions of invading other countries. Putin has claimed that what he describes as a “special military operation” in Ukraine comes in response to attempts by Western powers to establish a bulwark in Ukraine that threatens Moscow’s security.

In particular, Putin has long said that NATO is trying to expand its borders to pressure Russia militarily, claims the defensive alliance has rejected as unfounded.

Another of the Kremlin’s key justifications for its operation in Ukraine has been to allege that the Russian-speaking population in the separatist-controlled Donbass and Luhansk region were being subjected to repression and what Putin has described as “genocide.”

A long list of scholars and academics has denounced Russia’s claims of genocide and “de-Nazification” of Ukraine as a false pretext meant to justify “unprovoked aggression” against its southern neighbor.

Enough is Enough: Desperate Measures Taken by Arizona Governor At The Border

You Can’t Make This Up: Here’s Joe’s Reaction When Asked About the Trump FBI Raid

NOW’S THE MOMENT: In Less Than 3 Weeks States Can Destroy 2020 Election Evidence