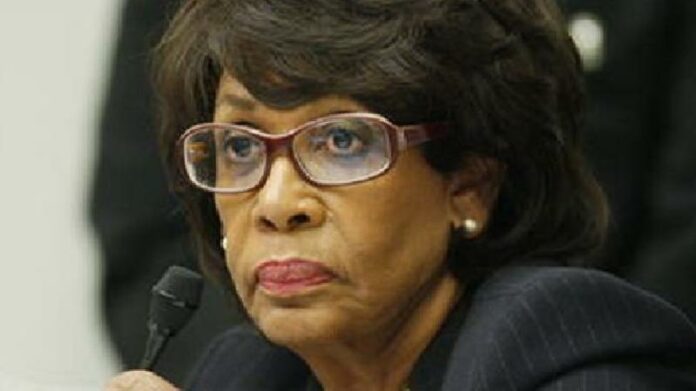 Neo-Leninist Democrats are predictably hate-mongering, morally opprobrious, anti-modernity troglodytes with wannabe God complexes. Collectively, their great accomplishment has been discovering ways to manipulate and steal elections. Their accomplishments thereafter have been ways to introduce a zeitgeist of immiseration for We the People.

Their so-called female leaders are grotesque, mannish and hate-filled. I submit for examples of same the Obama woman, Rep. Maxine Walters and Speaker Nancy Pelosi – who has more facial contortions than would Stacey Abrams with irritable bowel syndrome. There’s the Olympian ignorance of Rep. Alexandria Oscar-Cortez, the contemptible vulgarity of Rep. Rashida Tlaib and the collective hatred for Jewish people and specifically the Jewish people in Israel.

Hatred for Israel is embraced by them all and led by Rep. Ilhan Omar who has fewer morals than Kamala Harris, who is rumored to have made her way to Washington by bedding married men in the right political positions, but not argued to have married her brother. Additionally, Harris’ family may have been slaveowners, but as I wrote in 2019: “Omar’s father, Nur Omar Mohamed, is connected to the former dictator in Somalia, Said Barre. Nur, and other former Barre accomplices, are living in the U.S. illegally.” But it get’s better: “Omar’s father, Mohamed, is living in the U.S. and connected to another Somalian, Yusuf Abdi Ali, who killed thousands for Barre. Barre was a dictator and was connected to Cuban dictator Fidel Castro. Ali is a convicted war criminal who did the killing himself. … Omar’s father was a party propagandist under the dictator [Barre] and was responsible for ‘ideological’ aspects of the Red-Green revolution. This included providing the ideological/political justification for the massacres of the late ’80s. Both Ali and Nur were able to escape after the fall of Barre.”

These neo-Leninists believe that God and prayer are bad and intrusive for public schools; but arbitrary and capricious mandates requiring children sit masked in public schools all day and be forced to have deadly toxins injected into them, is good for students.

Their view of history is one that omits historical remembrances to Civil War leaders like Gen. Robert E. Lee, but Hillary Clinton and Barack Obama are figures worthy of national genuflection. Gen. Lee graduated West Point with honors and had a record of comportment that remains unsurpassed. Obama was mysteriously forced to surrender his law license and boasts of fantasizing daily about have sexual relations with men. Hillary’s relational proclivities have been the subject of discussion for most of her life, and in order to advance her own career she savaged innocent women her husband raped, battered and molested. Personally, I would be curious if she took trips on Jeffery Epstein’s Lolita Express to his pedophile island.

The political entities I reference openly display their wannabe God complex. The Rev. Sen. Raphael Warnock believes the industrialized extermination of children is Christian and views the late Congressman John Lewis as a “Christ-like man” because of his support for killing babies and inciting skin-color division – while Pelosi and Biden believe that as “good Catholics” it’s an act of faith-inspired biblical kindness to kill babies. Not to be outdone, Obama invokes prayer, asking God to bless Planned Parenthood, for the “good work” they do.

The wannabe God complex of these people is unambiguous. They realized “God” was making a mistake using names like “global warming” and “global cooling.” Sarcasm intended. (See: Dr. Peter Vincent Pry, “When Young People Are Brainwashed By Climate Hoax.”)

A New York Times headline predicted “Everyone Will Disappear In A Cloud Of Blue Steam By 1989” because of an alleged scientific consensus over impending apocalypse from environmental pollution.

In 1970, scientists working for NASA and the U.S. National Center for Atmospheric Research warned of an impending New Ice Age by the year 2000.

In 1988, environmental scientists predicted disappearance of the Maldive Islands: “A gradual rise in average sea level is threatening to completely cover this Indian Ocean nation of 1196 small islands within the next 30 years.”

In 1989, U.N. environmental experts told the Associated Press: “Rising Seas Could Obliterate Nations” by the year 2000. Part of New York City was supposed to be submerged by 2019.

In 2004, climate hoaxers predicted Britain would be like Siberia by 2020.

So they resolved God’s epic record of failure to bring about their predictions by renaming their hoax “climate change.” Now every storm, snowflake, gust of wind and temperature change is identified as climate change. Never again will they be wrong, no matter how many times their prognostications don’t occur, because climate change is the villain.