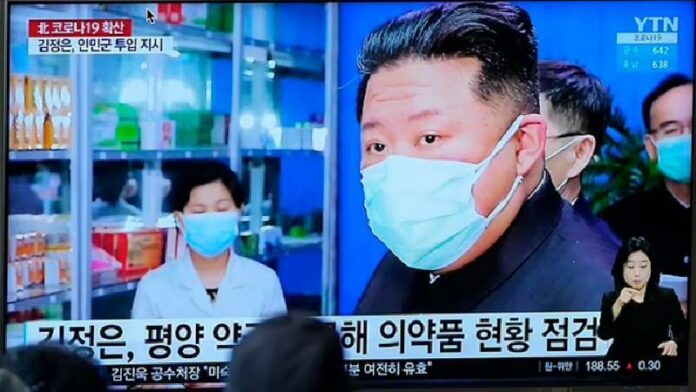 Leader Kim Jong Un blasted health officials over the slow response to counter the virus and the lack of medication for not reaching people quickly. Kim had to mobilize the army’s medical corps to “stabilize the supply of medicines in Pyongyang City,” according to the state news agency KCNA.

On Monday, North Korean health authorities reported more than 1.2 million have been fever-stricken, with 50 deaths.

With very few COVID treatments, state media have instructed people to use antibiotics, painkillers, and other remedies, such as gargling saltwater and drinking willow leaf tea.

Kim has placed himself in the spotlight of the country’s infectious disease response team, overseeing daily meetings on the outbreak, which he already said has caused “great upheaval.”

North Korea has rejected international help and vaccines for the last 2.5 years. Without immediate help, fatality and infection rates could soar in a country with one of the world’s worst hospital systems.

Most people in the country remain unvaccinated and don’t have strong immune systems because of poor appetite and depressed living standards.

Kim has taken a page out of China’s book and issued a nationwide lockdown to stop the spread.

Some suspect North Korea is significantly underestimating infections and fatalities.

“When people die, North Korean authorities will say they’ve died of overwork or from natural deaths, not because of COVID-19,” Nam Sung-wook, a professor at Korea University in South Korea, told ABC News. He said Kim is likely understating the outbreak to protect his “dignity.”

South Korea’s unification ministry has offered to send masks, test kits, and vaccines, but the North hasn’t acknowledged its neighbor to the south.

Considering the lack of medical treatment, malnourishment and chronic poverty of the vast majority of the population, and lack of a credible hospital system, North Korea could be entering COVID hell.